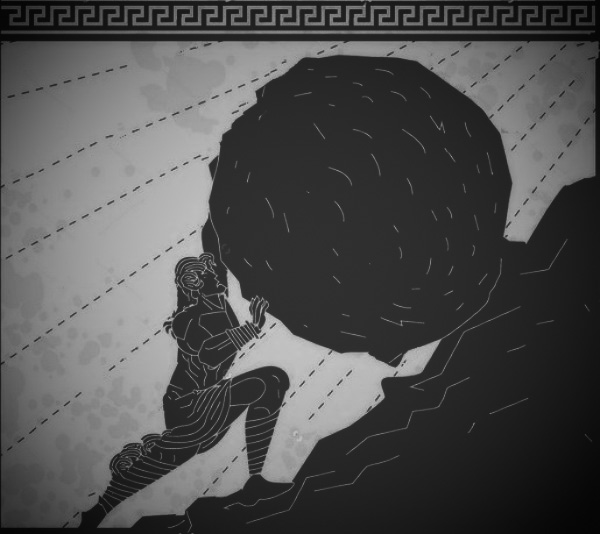 The Metamorphosis – a Family Fairytale

The Metamorphosis – a Family Fairytale

The following story is a highly fictionalized, exaggerated version of a real-life story which occurred to me. Heavily inspired by the works of Luis Bunuel, David Lynch, Franz Kafka and Nikolai Gogol.

Son and father were bidding their goodbyes to mother. Her departure had different reactions from both of them. Father was neither happy nor sad but for most of the part he had a straight face (he always had that). Son, on the other hand, was feeling a bit angry and uneasy that he had lost something which he held on for a longtime. Finally, she boarded the train, sat down and opened the window. She felt good instantly, both mentally and physically. It was like being far away from a cramped place.

The next day, son and father both went to college and workplace respectively. Son arrives little late to the house and finds the place stinking, he goes to the kitchen to find out that a pile of dishes is in the sink, the laundry basket is filled with clothes, the entire house was covered in dust. He found the entire situation absurd and surreal as both he and father were not present in the house the entire day. He also realized that father had still not arrived to the house, which was past his usual time. However, he does all the chores despite finding it difficult.

The next day, son calls mother to know about her arrival. The phone displayed ‘SON’ as the contact on her phone. “Hello,” he said. “Hello” she said. “Mother, when are you coming back?” he said in a concerned and worrying voice. “I don’t think anytime soon, it is so good here that I have decided to stay here for a few more days,” she said.

She replied “I don’t know… anyway do you know what I did today? I met all my people after a long time. It was so good and refreshing and I felt so lively at that moment than I ever did in my entire life. I chatted so much for the first time in years, even though we talk at home to each other,” she said. The call ends abruptly.

After couple of days, son felt slight changes in his body. Losing a lot of weight, legs going numb, he somehow felt that it was due to her absence. He decided to call her once again.

The phone displayed ‘just a number’ as the contact on her phone. “Hello mother,” he said in a rather stern voice. “Hello,” she said, “Please come back, I am feeling very sick and I can’t do all the work by my own,” he said.

“May I know who is this?” she asked. “I am your son!” he said in a shocked and angry tone. “Oh! I remember now!” she said in a not so pleasant voice. “Sorry It was just that I am in a different place. By the way, we all had dinner yesterday, it was so tasty that I felt like eating for the first time in many years, even though I cook with enthusiasm and love at the house, we all ate like we just had to eat to survive,” she continued. Son, on the other hand, felt confused and jealous. The call ends abruptly.

Over the course of days, son felt weaker, both physically and mentally. He was finding it difficult to walk, his bones were visible from the outside, his eyes blacked out and his mouth was dry. He felt himself changing metamorphically.

He decided to call her one last time. The phone displayed ‘Unknown number’ as the contact on her phone. “Hello,” he said in a pale voice. “Yes, who is this?” she said in a lively voice, “Mother, it is your son,” he said, “What? My son?! I am not even married yet, I think you have dialed the wrong number,” she said. “What?!” he said. “Anyway, now I feel a little strange about your claim, you know what, I have been getting these dreams where I had a husband and a son,” she said. “Mother, it is not a dream! You really have a husband and a son,” he said trying to convince her.

“Look, don’t you ever again call me mother or to this number as I am in a blissful state,” she said rather sternly. The call ends abruptly.

The phone vanishes, the house is still covered with dust, the dishes are more than before, the laundry basket is overloaded with clothes, despite him doing all the chores daily. A family photo is hanged on the wall where the mother is missing in the photo and father still hasn’t arrived yet.