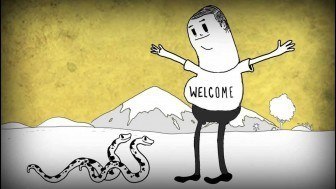 “Pain is inevitable. Suffering is optional”, said Haruki Murakami, a Japanese writer. I took a minute to comprehend it and it seemed like a revelation to me. I know it is not something new. I’ve probably heard it before, but it made tremendous sense at that moment.

Is there comfort in pain?

Viktor Frankl, famous psychologist, once said “Between stimulus and response there is a space. In that space is our power to choose our response. In our response lies our growth and our freedom.” In spite of having the power and the cognitive abilities to make a conscious choice, we sometimes resort to choosing misery.

It stems from a place of familiarity and familiarity is comforting. I once had a client who had seen her mother go through an abusive relationship as a child, and grew up with this being the reality of her life. Eventually, as she grew older she sought relationships which would often victimise her. There was a pattern in her behaviour. She was seeking pain because that was her definition of a normal relationship. She replicated what she had seen her mother do and, of course, all of this was at a subconscious level. It took intense therapy to make her realise this but, at last, she did.

If a person is constantly exposed to pain – pain in relationships, at workplace or, in any other important area of life – then, one tends to get used to it, like any other part of their routine. Pain could have been inflicted upon by an external entity but, eventually, it turns into self-inflicted misery. This transition happens in phases. Initially, it’s frustrating and saddening and they question themselves as to ‘why they are  the ones going through it’! Then, they fight it; question its existence. Then, comes phase two, when it turns into this “distant relative of one’s life”, who exist in life and their presence has to be accepted. Finally, in phase three, one makes peace with it, and it eventually becomes a part of one’s life. That is when pain becomes a companion, and one starts seeking it every time it goes missing, simply because they are not used to living without it. In their head, it is similar to the feeling of being at home, of feeling safe and secure and there are no unpleasant surprises.  Therefore, they keep putting themselves in situations that inflict pain.  Happiness seems uncomfortable; it feels like an unfamiliar and strange feeling. Happiness makes them wonder, “Okay, what do I do with this feeling now?”

It may seem very strange how a sense of physical or mental discomfort or sometimes both can, for some, actually be comforting and a major part of their life.

The experience of pain can have a profound impact on one’s life in positive ways too.

It’s not really unusual for people suffering from pain to develop greater inner strength, and to become more introspective, which makes them better at self-understanding. Chronic pain may change the course of one’s life and result in a more satisfying achievement. Sometimes, it happens that people who are suffering from pain begin the pursuit of a spiritual path, which leads to the enhancement of their life. And, we all know how, in certain cases, pain is a driving force for a lot of artists in their creative pursuits. For some, pain becomes a prerequisite for producing creative content. And, in many, pain evokes a strong emotional arousal that they seek.  Thus, a lot of people like placing pain closer to their heart.

“You experienced pain yesterday and you discovered that it led to pleasure. You experienced it today and found peace. That’s why I’m telling you, don’t get used to it, because it’s very easy to become habituated, it’s a very powerful drug. It’s in our daily lives, in our hidden sufferings, in the sacrifices we make, blaming love for the destruction of our dreams. Pain is frightening when it shows its real face, but it’s seductive when it comes disguised as sacrifice or denial or cowardice.  However much we may reject it, we human beings always find a way of being with pain, of flirting with it and making it part of our lives.”
― Paulo Coelho, Eleven Minutes

But, no matter how tempting it is to be in pain, for a person to experience healing, one must grow from and out of suffering. Recognising the negative cognitions and the loops that one is stuck in, helps understand all the distress that one puts one’s mind and body through. Rather, one can put oneself in a position to use these experiences of suffering as learning tools for making good choices for the rest of one’s life.