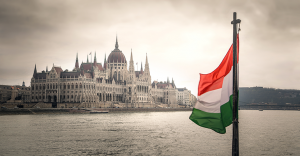 After what has been termed as a grueling, semi-extremist and ill-financed election campaign, backed by a racist and shrewd political agenda; the citizens of Hungary have delivered a mandate that resulted in Viktor Orbán winning the parliamentary election by becoming the Prime Minister for the 4th time. By securing two-thirds of the seats in the parliament, Mr. Orbán’s party Fidesz along with its ally, the Christian Democrats now have the power to change the constitution and further bend the nation to his will.

The main narrative of the PM and the Fidesz’s campaign was to keep migrants away. This rhetoric is considered damning, xenophobic and hostile by many people in general and the Organisation for Security and Cooperation in Europe (OSCE). Many of the ‘observers’ or ‘informed citizens’ were quoted saying that the campaign and political agenda held no credibility and left no margin for a substantial debate to critique the authority. The voters were also completely sidelined and claimed that the state-owned public television was biased towards the ruling coalition and published polarized news. This election has slightly compromised Hungary’s diplomatic position and caused heavy disapproval within European Union (of 26 nations). But considering the landslide victory by a huge majority and their impermeable shield towards criticism, the anti-coalition rule campaigns won’t have much effect within Hungary and its 19 counties.

The OSCE’s preliminary investigative report also strongly condemned the use of public funds for the so-called “government information campaigns”. Almost the entire election campaign was run by a disproportionate use of state and ruling party resources which undermined the contestants’ ability to compete on an equal basis. With just two weeks to go before Hungary went to vote, thousands of anti-migrant billboards appeared that reinforced the party’s propaganda in the form of  invasive ‘advertisements’, especially on YouTube and even on social media (they featured a long line of migrants, emblazoned with the word STOP). These advertisements were termed “theoretically unrelated” because Orbán’s claims of migrants coming in, taking away jobs and ruining the peace and economic stability is completely contradictory to official statistical reports of migrant in-flow into Hungary (not EU as a whole) that states otherwise. These exaggerated ‘pseudo’ anti-migrant claims fuel hatred amongst his supporters.

Despite the strong criticism from the election monitors, a number of European politicians were in line to congratulate PM Orbán, including far right leaders and especially the UK’s foreign secretary Boris Johnson, because Hungary has been one of Britain’s biggest and probably the only ally with regard to Brexit negotiations that now results in an extremely precarious approach to any criticism towards PM Orbán or his party from British diplomats or politicians. However, there were mixed reactions from Brussels (EU headquarters) when former Belgian prime minister and leader of the liberal group, Guy Verhofstadt had tweeted: “By congratulating Orbán without calling on him to respect European values, the EPP legitimises his vile campaign, his attack on the rule of law & attempt to install authoritarianism”.  Of course, these claims come after the nation had witnessed how Orbán had previously changed/modified the constitution in a way that would favour his party’s (Fidesz’s) win and would suppress the power of the media. Orbán’s new mandate will make it difficult for Brussels (Belgium) to hold him accountable for democratic backsliding due to the magnitude of the majority. It would make it harder to apply pressure and in fact, it would give him more defence to brush off criticism.

Finally, it is of many people’s belief that rather than the EU having a control over Hungary, it is the newly elected far-right dictatorial PM who’ll be able to have a heavy influence and act as a convener or change EU’s policies especially with his deep-rooted connections with Germany’s AfD (Alternative for Germany) party.

As quoted by Marc Santora from The New York Times, dated: 8th April, 2018.