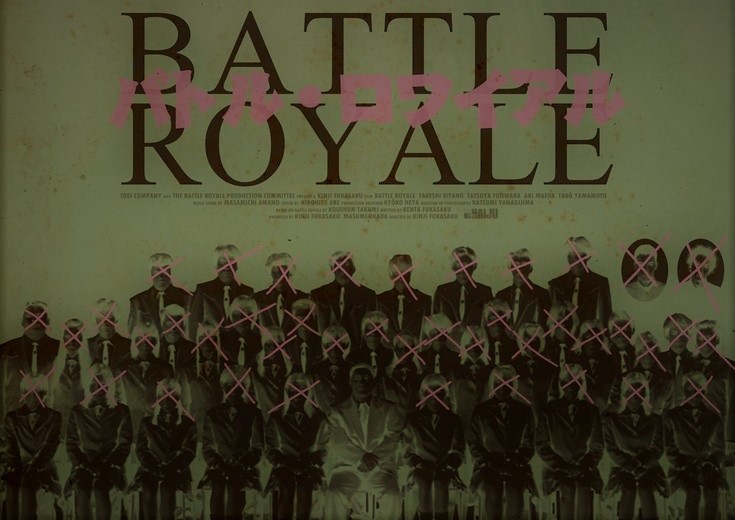 Teen movies is one of the most popular and interesting genres which is easily picked up by filmmakers; because youngsters and teenagers are readily accessible target audience. These movies are fun, have a ‘chilled’ vibe to them and are relatable which make them well liked. Being a cinephile myself, I have seen many teen flicks, coming of age movies; right from- Rebel without a cause (which was released in 1955) to John Hughes movies (The Breakfast Club, Ferris Bueller’s Day off and Sixteen Candles) compiling the 80s 90s era of teen movies and finally, the “string” of Netflix teen movies and shows. But when I watched Battle Royale, I was blown away by  its treatment of mending two polar opposite subjects and the way it was executed. It had a ‘Tarantinoesque’ aesthetic to it as if Tarantino himself wrote and directed a teen drama! (In fact, Tarantino stated that Battle Royale is his favorite movie between 1992-2009, so even if he directed, it would be the same!)

So, what’s the deal with Battle Royale? The plot is set in a totalitarian Japan where the government passes a BR ACT to curb the nation’s juvenile delinquency. Consequently, a class of ninth grade students are left on an island to kill each other until there is only one of them alive!

Right from the beginning of the movie, it’s a wild ride. Classmates who have been together with each other and formed closed knit bonds are forced into a life and death situation testing their intentions. Friends who thought that they “knew” each other, started revealing a whole new side. Secrets, lies and betrayal come alive between them. Two scenes which are particularly my favorite are: One, between two girls where one accuses the other of stealing her boyfriend and a feud starts between them and ultimately, one kills the other. Another, where four girls due to a “small misunderstanding” kill each other. These scenes, despite being violent, are portrayed in a true manner which are surprisingly relatable.

Another theme addresses the generational gap between old and young, as the teacher in the movie expresses displeasure at how much students frustrate the teacher and how children have changed overtime, which the teacher is unable to process. A major theme is also the violence involving children and the effect of video games and movies, particularly on how it impacts children at a young age. In fact, Japan has a very high-rate of juvenile delinquency, and many crimes are committed by children who are just of 10–13-years old. Due to this fact, the movie and the book have been quite controversial and banned in many countries.

In spite of these themes, this movie and the book became a huge hit among people and the movie remains a cult classic. The term Battle Royale has become a common use in pop culture and many games such as PUBG, Fortnite etc. have taken inspiration from this movie.

Popular culture isn’t a freeze-frame; it is images zapping by in rapid-fire succession, which is why films are such an effective way of representing contemporary life. The blur between images creates a kind of motion in the mind and movies such as Battle Royale, simply brings self-awareness about the ever-evolving society.